You and Surety (Parents or Guardian) are required to execute Standard Contract of Apprenticeship with the Establishment before commencement of training, and the contract shall be binding on both sides (Apprentice and Establishment).The Apprentice Training shall commence on your contract of agreement being accepted and Approved by the Regional Director of Apprentice  Training(RDAT), ATI Campus / Western Region. Sion.

You will be eligible for Stipend payable according to the period of training in respective trades allotted to individual.  Training hours shall be as per the Roster hours observed by the Establishment. e train

You are entitled for free medical treatment for personal Injury caused by accident arising during the course of training at the location. You are not entitled for any Railway Pass during the period of Training.

You have to refund the amount of stipend allowed during the training, if your apprentice ship is terminated by the establishment for reason attributed by you or as per the directives of Regional Director of Apprenticeship Training (RDAT).

You will be allowed to appear for All India Trade test Conducted by National Council on Successful Completing of Contractual period of training. The establishment does not guarantee employment on completion of training. e train

If the above conditions are acceptable to you, you are required to bring all Original certificates for verification, while reporting to Basic Training Centre, Central Railway Loco Workshop,  , Mumbai-12 on 24.05.2022  along with medical certificate which should be signed by Government authorized doctor (Gaz) not below the rank of Asst. Surgeon of Central/State Hospital as per Para 20.1 of the notification, without medical certificates no document verification will be conducted and candidature is liable to be cancelled. Copy of Medical Certificate format is enclosed herewith. You have  also to  bring original and 03 -Xerox copies of Aadhar card, Pan card, Bank Pass Book, copy of  cancelled Cheque . 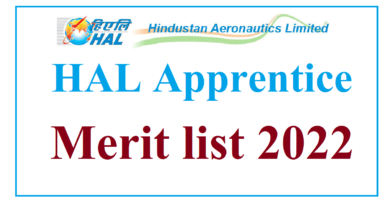